If your company is already profitably selling on Amazon but wants to take things to the next level, here are the Amazon trends for 2020.

Nowadays, Amazon generates tons of millions of visits per month. As the company controls nearly half of the eCommerce market, much of the revenue generated has been reinvested into the company, resulting in tons of alterations and improvements.

Obviously, Amazon aims to continue that growth–and those changes–across the next decade.

Staying updated on what Amazon is up to is a must. If your company is already profitably selling on Amazon but wants to take things to the next level, awareness of Amazon trends for 2020 is critical for reaching the next stage of success.

Want to see how the year will unfold for Amazon and its sellers?

We gathered up these seven Amazon trends for 2020.

As powerful as Amazon is, the company has some significant problems with counterfeit products and fake reviews. However, one near-certain trend in 2020 is that Amazon will put its full force behind ending fraudulent reviews. While the company banned incentivized reviews back in 2016, Amazon has been diligently trying alternative ways to get rid of this persistent problem.

Some of the potential ways in which Amazon might fight this battle include placing increased importance on the Amazon Brand Registry and tracking the review velocity of products on the platform.

Messaging Service enables third-party sellers to directly contact consumers who have purchased from a retailer. In 2020, there is a chance that this system may disappear.

The reason for this (in addition to the company’s crackdown on fake reviews) is that Amazon wants to ensure strict control over how retailers communicate with the company’s customers. In fact, this pattern has been playing out for some time now as, over the past several years, Amazon has made it increasingly difficult for sellers to contact shoppers who have made a purchase from them.

The Price of Amazon Ads Increases

One of the more costly of the Amazon trends in 2020 is that the price for advertising through the platform is likely to increase. The fact is that using Amazon Display ads and its other promotional offerings are becoming an increasingly competitive space as more and more sellers begin to leverage these features. Part of the reason for this is Amazon’s meteoric rise in the advertising industry, attracting bigger ad budgets than many had anticipated.

As a result of the hefty ad allowances and increased levels of competition, scores of retailers are likely to see their Amazon advertising ROI get eaten into by higher costs-per-click. However, while this Amazon trend might prove to be widespread, it is likely to be more prominently seen in highly competitive categories–like skincare products. Those selling exceptionally niche items could be saved from the price hikes.

Last year, Amazon rolled out Sponsored Display, a means by which retailers could promote their products on and off the Amazon marketplace. As it stands, the program is available to professional sellers enrolled in the Amazon Brand Registry, vendors, and agencies with clients who sell products on Amazon.

While this may not seem super impactful, given that display advertising typically has a pretty abysmal click-through rate, what stands to elevate Sponsored Display ads in Amazon’s advertising portfolio is its retargeting abilities.

This is it for today’s post! Make sure you leave your comment if you have any doubt! 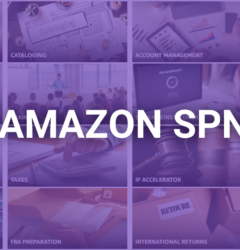 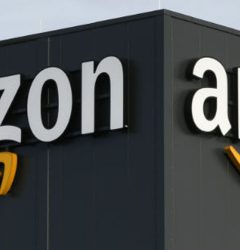