Last year, Amazon closed its Prime Day third edition with Echo DOT as the most-sold product. At the end of the event, Amazon registered an increase of a 60% compared with the previous year, what definitely confirmed Prime Day as an essential event for tens of millions of Prime Members.

Amazon had, intentionally been creating, higher expectations about this year edition, announcing that it was planned to be larger than ever, not only in time but also increasing the number of offers a 50%. This year, Amazon Prime Day took place for the first time in Australia, Singapur, Holand and Luxembourg. First news catalogue the debut as a complete success.

Prime Day 2018 started accidentally since the early hours of the morning. Before the release date, a strike was actioned by Amazon worker’s union at Amazon’s Spain Fulfilment central to express their disapproval to abusive labour agreements devoid of real worker rights. As the hours went by, workers from Germany and Poland joined the strike.

First news from US were discouraging as well. Aprox. 15 minutes past 12AM, Prime Day landing page break down. During hours, Prime members were redirected to an error page with dogs images. This situation caused multiples reactions in Twitter such as:

BREAKING NEWS: @amazon launches social experiment to see how many times the average person will click a link, then click the same link again, do it AGAIN, and then expect different results. #PrimeDay #PrimeDay2018

Despite of all the incidents that involved Prime Day 2018, its results overpassed any objective settled by the company.

While we wait Amazon to publish real results of Amazon Prime Day celebration, a third-party report published by Epinium has thrown light on it.

Numbers speak for themselves. Epinium’s report make clear that this year’ results have ridiculed any result obtained in 2017. The increase in sales on Prime’s Day period was a 19,77% higher compared to 2017.

The creation of high expectations causes an evident compulsive buying effect in prime customers. During prime’s day 36 hours, spent amount increase a 427,7% from regular 36 hours spent amount level. It is true that Amazon is changing consumer purchasing habits. There was a time in which people didn’t spent money through internet during the summer. It is known that people aim to save money for holidays or even, for the “back to school” period. The idea is awesome, it gives the buyer a reason for shoping during the hardest days of the year when everyone is on vacation and you’re still working.

As a curiosity, the report suggests Monday 16 as the most relevant day in Prime Day having registered an increase in sales of 26,65% more than Tuesday 17. In the same direction, sales during the first 24 hours were a 291,74% higher than the first 24 hours of Prime Day 2017.

Prime Day 2018 has taken place in more than 12 countries like Spain, US, Mexico, India, Germany, Italy, Canada, France, Japan, China, and for the first time, Singapore, Netherland, Luxembourg and Australia. Amount participating countries, Canada takes it all registering the higher increase in sales, followed by Germany and Spain compared to 2017. Countries with lowest increase are India, Italy and United States.

Although Amazon only permits prime members enjoy Prime Day in 9 countries, there are lots of sellers from other countries. Best performed selling countries are Canada, India and United States.

Prime Day 2018 edition was expected to register more than 3.4 billion dollars, a 40% more than the last year. Seems like Amazon beat his own objective once again. However, this is something we won’t know for sure untill they don’t want. 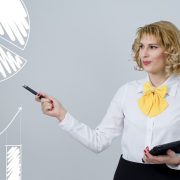 50 TIPS | How to Increase Sales on Amazon 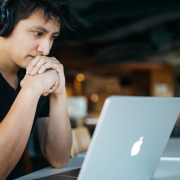 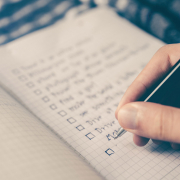 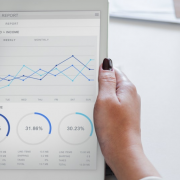 Want to join the discussion?
Feel free to contribute!

This site uses cookies. By continuing to browse the site, you are agreeing to our use of cookies.

We may request cookies to be set on your device. We use cookies to let us know when you visit our websites, how you interact with us, to enrich your user experience, and to customize your relationship with our website.

Click on the different category headings to find out more. You can also change some of your preferences. Note that blocking some types of cookies may impact your experience on our websites and the services we are able to offer.

These cookies are strictly necessary to provide you with services available through our website and to use some of its features.

Because these cookies are strictly necessary to deliver the website, you cannot refuse them without impacting how our site functions. You can block or delete them by changing your browser settings and force blocking all cookies on this website.

These cookies collect information that is used either in aggregate form to help us understand how our website is being used or how effective our marketing campaigns are, or to help us customize our website and application for you in order to enhance your experience.

If you do not want that we track your visist to our site you can disable tracking in your browser here:

We also use different external services like Google Webfonts, Google Maps and external Video providers. Since these providers may collect personal data like your IP address we allow you to block them here. Please be aware that this might heavily reduce the functionality and appearance of our site. Changes will take effect once you reload the page.